Active holidays in the Dolomites, climbing, and hiking

Regional parks like Dolomiti Bellunesi national park are located in the Dolomites. Dolomites are declared a UNESCO World Heritage Site.

Where and when to visit the Dolomites?

The answer is simple, whenever. You just need to know what you wanna do. Winter is mystical with its snow and calm beauty, then is spring, when nature awakens, in summer is great to be in higher mountains to enjoy fresh air, and in autumn nature is calming down. This year we visited the Dolomites in late spring and summer. If we talk about the Dolomites, there is not just Cortina de Ampezzo, but also other mountains and valleys. The Dolomites are located in the regions of Veneto, Trentino-Alto Adige/Sudtirol and Friuli Venezia Giulia and area is covering between provinces Belluno, Vicenza, Verona, Trentino, South Tyrol, Udine and Pordenone. So our first stop was in the province of Belluno, which we discovered two years ago.  After Belluno, we were climbing in South Tyrol. Other regions we will explore in the following years.

Climbing in the province of Belluno

Our choice of region Belluno was based on our short time for travel from home to Slovenia. Only 2 hours and a half drive from home we are in the province of Belluno, where the Dolomites rise up from river Piava. The Belluno region has many valleys, mountains, rivers, and small crags in the woods.

Those crags have very nice routes, for everyone we can find something. The type of rock is mostly limestone, and each crag has its specialty. Erto crag is one of the most famous and historical crags in the world with a super overhang orange wall, and by the side of the ˝Big sector˝, there are many easy routes on a solid grey rock- ˝No big sector˝.

Erto, ˝No big˝ sector on the right. The largest sector is Casso, which is above Erto crag which the wall looks on the main road towards Cortina. In Casso is good to go in the morning, when the wall is in the shade. The approach is very pleasant on flat ground, in 20 minutes you arrive at the first sector. Climbing in Casso is very good, mostly on the grey wall, with different styles, ranging from steep roofs with tufas to vertical climbs.

On the opposite side of  Casso, there is a Podenzoi crag, which is a good climbing wall for long-sleepers like us. We are very easy in the mornings, so afternoon crags are perfect for us. This crag is just perfect for me, where I can climb on the great solid rock with super nice warm-up routes like 6a and 6b,  then you try very nice challenging routes on slightly overhanging with jugs, technical climbing, and tufas. It’s just amazing to climb here. In every route, you must climb committed. There is no easy grading. But this is not important. The best is to enjoy it. :=)

Podenzoi is located next to Longarone village, where you can find a good pizzeria and ice cream.  On a very hot summer day, we went to crag Mae, which is next to the river. This Mae has only 7 routes with intense climbing, and it’s just perfect for climbing and swimming on the spot. There is a bit steep downhill approach but is worth it to visit this place. If you are kind of stuck in the Longarone village, there is a small crag, called Malcolm. In the middle of Longarone where you can try some medium and hard stuff. There are a few crags around Longarone village and it’s a good starting point for climbing and hiking. 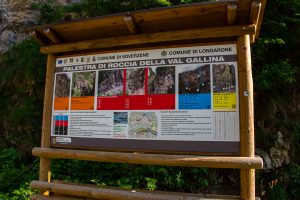 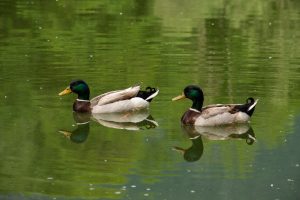 A few kilometers south of Longarone there is crag Val Gallina. The wall is hidden from the main road and it’s a beautiful piece of rock with some sport, multi-pitch, and via ferrata routes.  Gallina is perfect for enjoying the peace and cooling in a small river with a combination of climbing and picnic day. Rock climbing is very similar to Dolomite rock and you can get a bit of mountainous terrain. Via ferratas are just great to have good exercise for a rest day.

If you wanna have mountain experiences with very solid climbing on grey slaby limestone, Dolada mountain is a perfect choice.  From Dolada you admire a wonderful view of lake Santa Croce.

And few sectors are hidden around the lake Santa Croce. One of the best sectors near the lake is Fadalto Basso, which originally belongs to the province of Treviso. In Fadalto we were climbing on vertical and slightly overhanging routes with tufas and technical climbing. I would say, that they were quite hard for grades and very technical. Fadalto is not the easiest crag at all. In 6b routes, you need to work hard. It felt harder than 7a in Greece.:=)

Two more crags I will describe in a post.  One is close to Belluno city, it’s called  Ceresera and another close to Sedico is Le Rosse. Ceresera is hidden in the woods, and the wall is mostly overhanging, there are not much easier routes but very nice steep 6b-is, with good jugy routes and very interesting rock.

Not far from Belluno, near village Sedico there is Le Rosse with vertical and technical routes, mostly 6a, 6a+, and 6b in sector Archi. In another sector  Cave is more or less the same style, just a bit harder. This sector is very good for practicing foot techniques on a solid crimpy rock.

We visited other crags which are also in the guide book, but some of them were very hard to find, and after 1 hour of searching we didn’t satisfy our expectations. Sometimes we were looking for one crag and then found something else. Perhaps someone bolted something and left it or…I don’t know. We find crags everywhere and a lot. And it’s a bit funny for us and fun. Rocks around Belluno are one of the best rocks in a small area with great climbing in beautiful mountains and valleys. Next time, I will talk about rocks around Agordo. 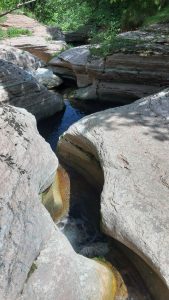 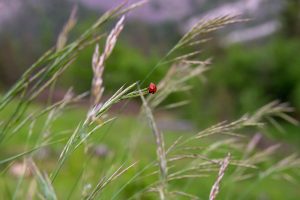