A little bit of history

Since we started visiting Istria years ago, we have noticed many changes in the past few years. The climbing in Istria developed a lot, and climbing tourism with accommodations expanded too. In the past, climbers didn’t know Istria as having potential for climbing. There were few places to climb. The first climbing began in 1922 on Kamenjak, near town Rijeka and in 1931, Emilio Comici and his friend Stauderi did the first ascent on Big tower in Vela Draga.

Since then, local climbers and climbers from other countries have started to open new routes in Pazin, Dvigrad, Nugla, Raspadalica, Limski Kanal, and Rovinj. The more detailed history you can read in one of the climbing guidebooks.

How is climbing today?

Each crag and even each sector is different and very good for climbing. Istria has the best climbing crags in Croatia, with more than 1500 routes. You can have fun on an easy slab with big holds in Kamena Vrata and Limski Kanal. You can climb adventure routes in Vela Draga with sharp crimps and terrible footholds with spaced bolts. Then climbing on tufa-routes with power endurance in Buzet canyon and Pandora-Sopot. Then you can have very extreme power climbing on the roof of Krkuž with toe-heel hooks, or you have an enjoyable climbing holiday by the sea in Rovinj. On rainy days we can go to a boulder gym in village Roč. 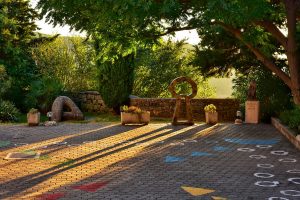 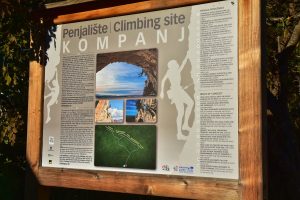 Why are we many times here?

Because we like the atmosphere, in general, from climbing, delicious food, great rock, friendly people and climbing community, and many climbing spots still to bolt.

What is about the HC sector?

The HC wall is unique, next to the minor road with a 1m approach. The wall you can see from the main road, driving towards Kompanj. In the past, climbers were afraid to bolt this slightly overhanging 25-meter high wall with tiny small holds and no footholds. They thought that was too difficult, so they left it empty. But the wall attracted Klemen Bečan, and we started to bolt first routes. In the beginning, there were few lines, mostly projects. 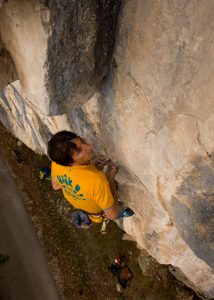 For a start, Klemen sent easier routes, and then he stuck in the projects. Then Klemen sent all his projects during the lockdown in 2020. We came back in 2021 and found out that there is only one project left.

There are hidden small holds in the rock, sidepulls are far apart, and the athletic moves. Climbing is like bouldering on a rope. Learning new bouldery techniques on this wall is so different and exhausting after one day of climbing. And what about the grading in HC? It was also unique because it was hard to grade the bouldery route, so the grades are lower than usual. And maybe because we don’t like the grade hunters.

People sometimes visit the HC sector and try and then wonder how those moves are possible to climb. So we film the moves and show them the beta, or the best is if they climb with us, so Klemen can coach them on a specific route. So if you are interested in climbing coaching, specialized in the HC sector, you should hire Klemen. Only he can tell you how to climb there. He can explain not only technically but also how physics works. I don’t know anybody who can read the rock better than him. So, now we understand why HC is so unique. I think that sector HC could be one of the valuable heritage in the climbing world. 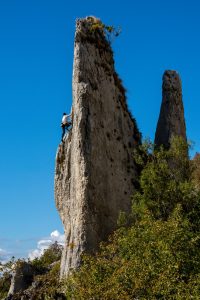 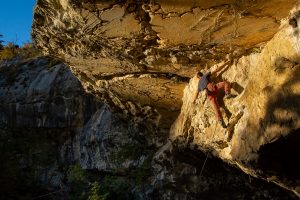 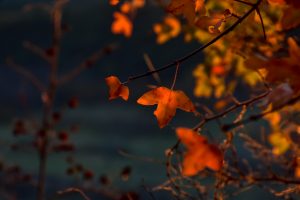 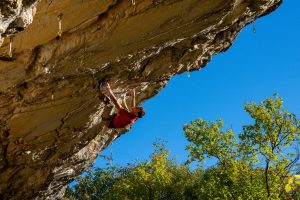 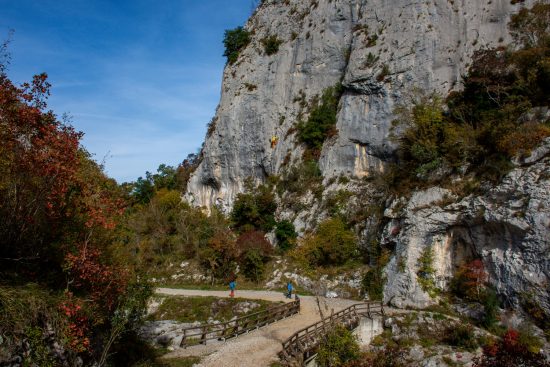